How Does Fatigue Affect Truck Accidents? 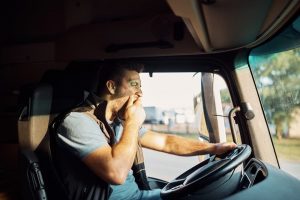 Fatigue arises from physical and mental exhaustion and can lead to performance issues with your job, and one industry that fatigue affects the most is the trucking industry. Truck drivers who are tired and overworked can cause serious auto accidents on the road that injure or kill occupants of other vehicles.

What Is Truck Driver Fatigue?

Fatigue goes beyond just feeling tired or sleepy. Although drowsiness is a symptom of fatigue, those experiencing the condition usually have no energy to do anything, and many describe the feeling as intense exhaustion that goes all the way to your bones.

Fatigue can arise from any of the following:

Fatigue can also be caused by various physical and mental disorders, but whatever the reason, it can cause a person to make mistakes and become irritable, and it can even cause a person to pass out or fall quickly into a deep sleep with no warning.

Safety analysts have likened driver fatigue to driver intoxication. Fatigue causes many of the same symptoms as drunk driving, including:

If a truck driver is on the road and experiences fatigue, it can cause them to make bad decisions that lead to a crash, or it can cause them to nod off for a few seconds. A vehicle going 60 miles per hour is traveling 88 feet every second, so even if a truck driver closes their eyes for one second, they will have traveled long enough to collide with another vehicle in front of them or drift into another lane and strike a car. They can also run off the road and cause a crash with other cars when trying to return to the road, or they may strike a barrier along the road that leads to accidents with other vehicles.

Considering commercial trucks can weigh as much as 80,000 pounds fully loaded, they have a great potential for causing catastrophic and fatal injuries to drivers and passengers in smaller vehicles should they collide. 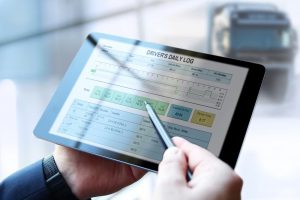 Regardless of their physical and mental health, truck drivers are prone to fatigue because they are constantly driving all day, every day, and they may have to begin and end their routes at odd and irregular hours. Furthermore, they sometimes have to help load or unload their cargo, which only adds to their level of exhaustion.

U.S. Department of Transportation established the Federal Motor Carrier Safety Administration (FMCSA) in 2000 to address safety issues with commercial vehicles, and the FMCSA has imposed Hours of Service Regulations that place limits on how long truck drivers may drive. These regulations differ slightly between drivers who transport only property as opposed to drivers who carry human passengers, such as chartered bus drivers.

Property-carrying truck drivers can drive up to 11 hours a day, but they must come off duty for at least ten consecutive hours after driving. They are also not allowed to drive past the 14th consecutive hour after coming back on duty. Passenger carriers may drive a maximum of ten hours after an eight-hour off-duty period.

Truck drivers must also take a 30-minute break from driving for every eight cumulative hours they drive. They are also not allowed to drive more than 60 hours over a period of seven consecutive days or no more than 70 hours over eight days. They must also take at least 34 hours off after completing their seven-day work period. Time is kept either in a log book or using electronic log-keeping services.

The FMSCA also requires truck drivers and trucking companies to maintain hours of service records and other paperwork involving a driver’s behavior on the road. Truck drivers and their employers can face harsh penalties for violating regulations, including fines, and having their licenses revoked. They may also face criminal prosecution under certain circumstances.

If you were hurt or lost a loved one in an accident caused by a fatigued truck driver, you should contact the Minneapolis personal injury attorneys at Robert Wilson & Associates at (612) 334-3444 to request a confidential consultation regarding your rights and options for obtaining compensation. Our results speak for themselves.